PAPAYA YOUNG DIRECTORS IS THE ONLY COMPETITION IN EUROPE THAT ALLOWS YOUNG AND ASPIRING ARTISTS TO PRACTICE THE FILMMAKING PROFESSION IN THE MOVIE, ADVERTISING, AND CREATIVE INDUSTRIES.

Do you dream about a career as a director? The 8th edition of the competition for young artists – Papaya Young Directors has just started. The initiative aims to introduce aspiring directors to the film and advertising industry. Participants of previous editions successfully implement international advertising campaigns, award-winning music videos and feature films. No experience is required to take part in the competition, what counts is the strength of the original and, above all, original idea!

What is all this fuss about?

The Papaya Young Directors initiative consists in submitting an original idea in response to briefs (topics of several sentences) of international brands, foundations or artists. The finalist gets PLN 11,000 for the production of his film or music video! What happens next? The creators of the final productions compete for the Grand Prix of PLN 40,000, as well as a package of other prizes.

In this year’s edition, the Vertical Stories by Facebook category will grow with the addition of a new subcategory — Women’s Stories, which will feature films produced for foundations involved in the fight for women’s rights and gender equality.

1. Applications can be submitted individually or by two people working together. Deadline – 14th March.

After submissions are closed, the applications will be evaluated by a jury comprising of a couple of dozen creative directors, copywriters, cinematographers, directors, critics, and film educators.

Authors of jury-picked explications will move on to the next stage of the competition—workshops and drafting a shooting board. Those participants who will make it to the final stage will receive the first prize—a budget to produce their film.

Aside from the budget, finalists get broad access to companies supporting the competition and its participants, including rental companies, postproduction studies, as well as camera operators, set designers, costume designers, production designers, stunt crews, and composers. Throughout the entire production process, finalists can also expect mentor support from members of the jury.

The films will premiere at the award gala in June during which the jury will also reveal the final winners of the competition. The schedule for the eighth edition of PYD and a detailed description of individual stages can be found HERE.

The competition is addressed to students and graduates of film, art, and humanities schools, amateur filmmakers, as well as people with no relevant schooling, aged 20-35 (by birth year).

To date, there have been seven editions of the contest, producing a total of 118 films for 40 sponsors. 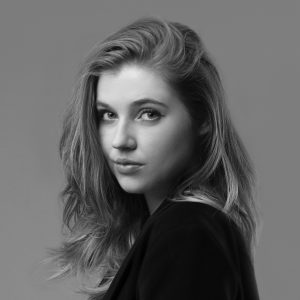 Story of self-realization by Fleur Electra

ETAN with a new dreamy single ‘Hang On To Me’