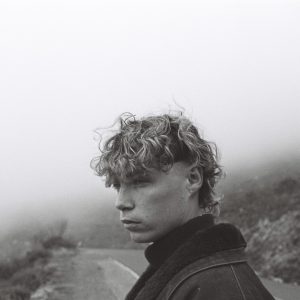 Singer-songwriter from Cape Town aboynamedblu releases his debut EP ‘ALONE ON MOST DAYS‘. Today we’re focusing on a piece ‘POSH BOYS CAN’T DO DRUGS’ that landed as position no 3 on the album. With this song, aboynamedblu brings a breeze of 90’s grunge mixed with slightly more modern King Krule vibes.

I recorded most of the vocals for the song, a day after a trip that turned manic. I wanted to try and recreate that hysteria that I was feeling while I was still close to it. A few weeks after, my best friend and co-producer Cat Gallent, put me on to a Liam Gallagher Tweet about how posh boys couldn’t handle their drugs. Besides Oasis being icons, it just seemed to encapsulate the song, and so “POSH BOYS CAN’T DO DRUGS” came about.

The music is written, performed and produced by aboynamedblu, alongside close friend and co-producer Cat Gallent (Aqib Kazi) with additional production from Pascal Righini.

To me, this whole process was about being able to accept the parts of myself that I really grew to hate. It was the start of making music again.