Greeting mid-summer with a brand new sound, alt-pop artist JMSEY has teamed up with popular indie pop darling Beck Pete in their hard-hitting single ‘I’ll Be Okay’. While it may feel like a classic post-relationship blues bop, ‘I’ll Be Okay’ cleverly taps into the complexities of the modern dating world driven by new relationship dynamics. Often fueled by dating apps, the ‘grass is always greener’ mentality tends to drive decisions about who to date, how to date and how long to stay with your current partner.

The unsuspecting duo nails their on-screen chemistry in a fun and endlessly captivating music video where the two aren’t romantically involved at all, but rather, two best friends revelling in their ride-or-die nature and supporting each other through their own individual experiences with romance. Although the two are undergoing differing less than ideal situations – JMSEY tackling a tough decision to leave his soon-to-be bride and Beck being on a more unsuspecting side of a failed love story – Ultimately, the two unite over their relationships’ endings that leave them alone again, yearning for more and adopting a carefree attitude about heartbreak and all the drama that goes along with it. 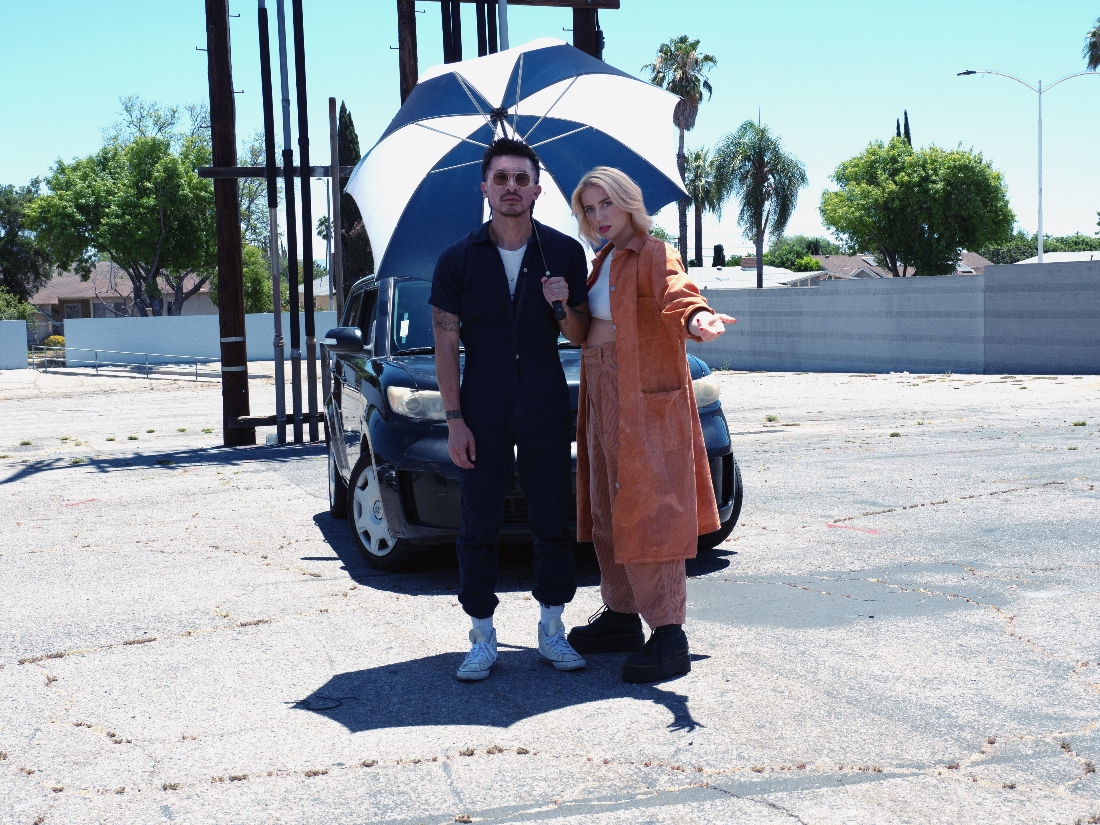 Without intending to, the two present opposite ends of the breakup spectrum. With lines like “I wanna break up and wake up next to you”, JMSEY’s lyrics illustrate a very common lack of fortitude that is present when in a relationship with someone you love but ultimately, shouldn’t be with. He waits until it’s almost too late to make his decision, which leads to a runaway groom scenario that shocks his wedding guests (including a cameo by his adorable niece). Beck’s lyrics “I wanna break up and wake up with your friends” represent the scorned lover’s want for revenge after a bad ending, and the motivation to want to make things even. Nonetheless, both Beck and JMSEY know that in the end, it will all “be okay,” as it always is, and they will be there for each other through it all.

Musically, “I’ll Be Okay” delivers the perfect combination of undeniable edge and melodic catchiness, introducing a new sound and energy from both pop artists who have experienced increasing momentum since the top of 2022.